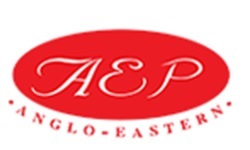 Anglo-Eastern Plantations Plc was formed and floated on the London Stock Exchange in 1985 to acquire and develop four estates in North Sumatra, previously owned by several UK based plantation companies.

The largest of these estates was Tasik, whose development, as a 6,000 hectare (ha) oil palm estate, commenced in 1983. The other three smaller estates, totalling 3,700ha comprising rubber and cocoa, had been established in the 1920s. Funds raised from the flotation were used to complete the development of Tasik, where a 45mt/hr palm oil mill was commissioned in 1991, later upgraded to 60mt/hr in 2005.

In June 2007 the company acquired another neglected oil palm estate of 4,470 ha, Cahaya Pelita Andhika, of which about 1,020 ha were planted and mature. The estate is located on the west coast of North Sumatra, about 180km from the nearest existing group estate, Tasik. The planted areas were rehabilitated and the unplanted areas were planted over five years after acquisition. Until a mill is built, crops are processed at Tasik.

In December 2007 the group acquired two blocks of lands rights. The first comprises 26,000 ha in the province of Central Kalimantan and the second consists of 7,000 ha in Bangka Island. In January 2008 a further 15,000 ha was acquired in Bengkulu, near to the group's existing estates. All three areas are scrub and previously logged secondary forest. It is estimated that of the total land area, 20,000 ha is plantable. Planting are done progressively starting in 2009.

In 2008, the group acquired a 95% equity interest in PT Riau Agrindo Agung (RAA), an Indonesian company owning the rights to 15,000 ha of vacant land in Bengkulu, and a 95% equity interest in PT Empat Lawang Agro Perkasa (ELAP) and PT Karya Kencana Sentosa Tiga (KKST); two Indonesian companies which hold the rights to 14,100 ha and 16,000 ha respectively in South Sumatra. The total addition of 45,100 ha brings the group's total landholding to 132,000 ha from 86,900 ha in the previous year. These new properties all have "rights to occupy" (Izin Lokasi) which will be converted to a formal title of rights (Hak Guna Usaha (HGU)).

In 2009, we succeeded in getting the crucial land conversion permit from the Indonesian Forestry Department in Central Kalimantan project.